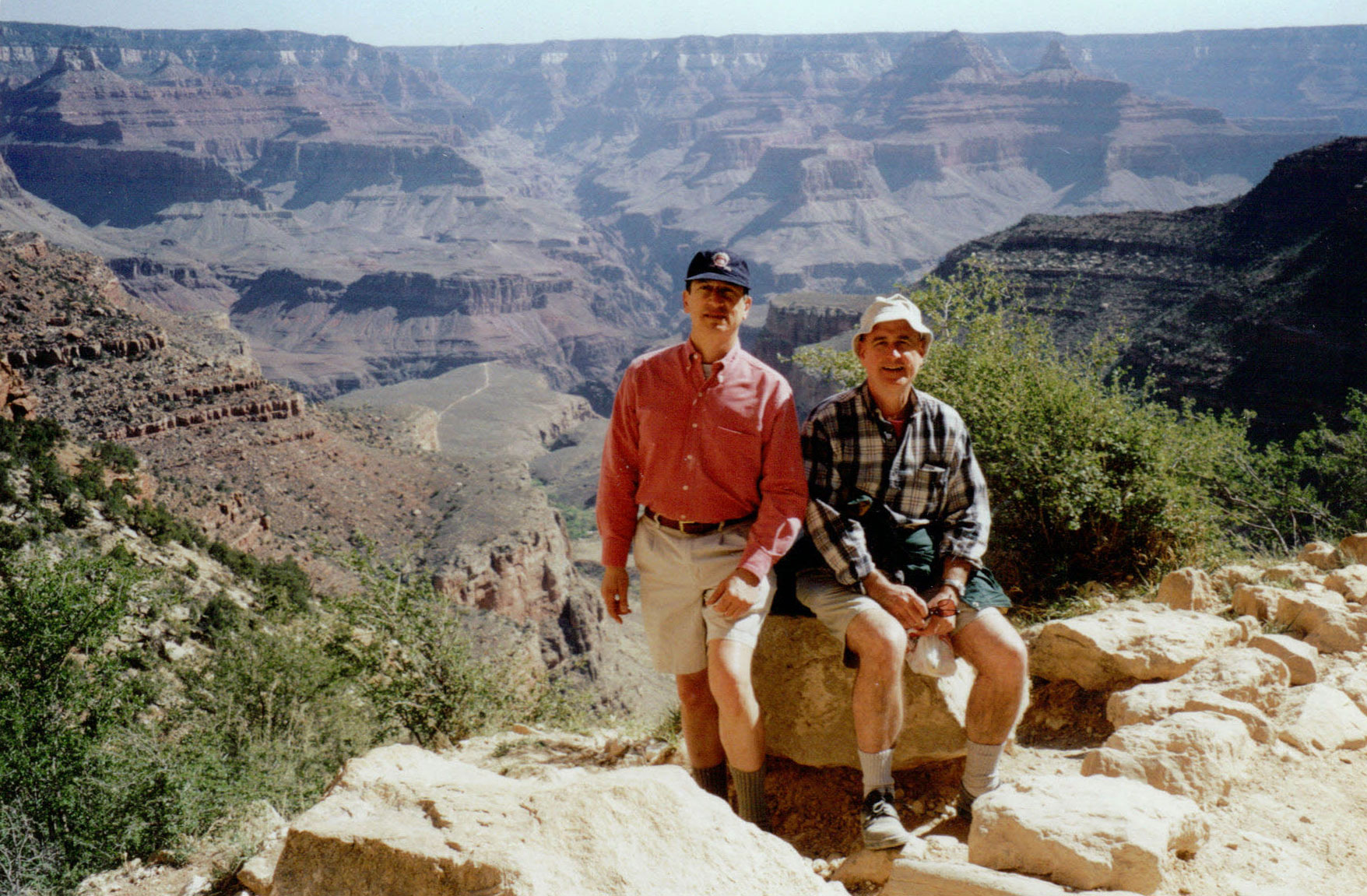 The Landmarks in the Landscape

For Arnold Berke and Jake Pearce, Grand Canyon National Park and Glacier National Park top their extensive list of favorite parks. “We spent considerable time at the Grand Canyon when Arnold was researching his book on Southwest architect Mary Coulter,” Jake says, “and it gave us the time to get to know the park very well.”

Like many people, Jake and Arnold love the natural vistas in both parks. But they are also huge fans of the parks’ architectural heritage.

“We took a bus tour of Glacier National Park,” says Arnold, “and it gave us an exhilarating view of the entire park, including both the natural and the built environments. The beloved 1930s buses, restored by the Ford Motor Co., and Going-to-the-Sun Road are unique American treasures.” For Arnold and Jake, “the landmarks in the landscape” make the national parks incredibly unique and precious.

Both Arnold and Jake have both made a commitment to the future of our iconic parks by leaving a gift to the National Park Foundation in their wills. They want future generations to be inspired by the high peaks and tranquil lakes just as they have.

“This country is a leader in terms of our national parks,” says Arnold. “And we want to ensure that the innovation and leadership America has put into the park system is sustained for years, decades, and centuries to come.”