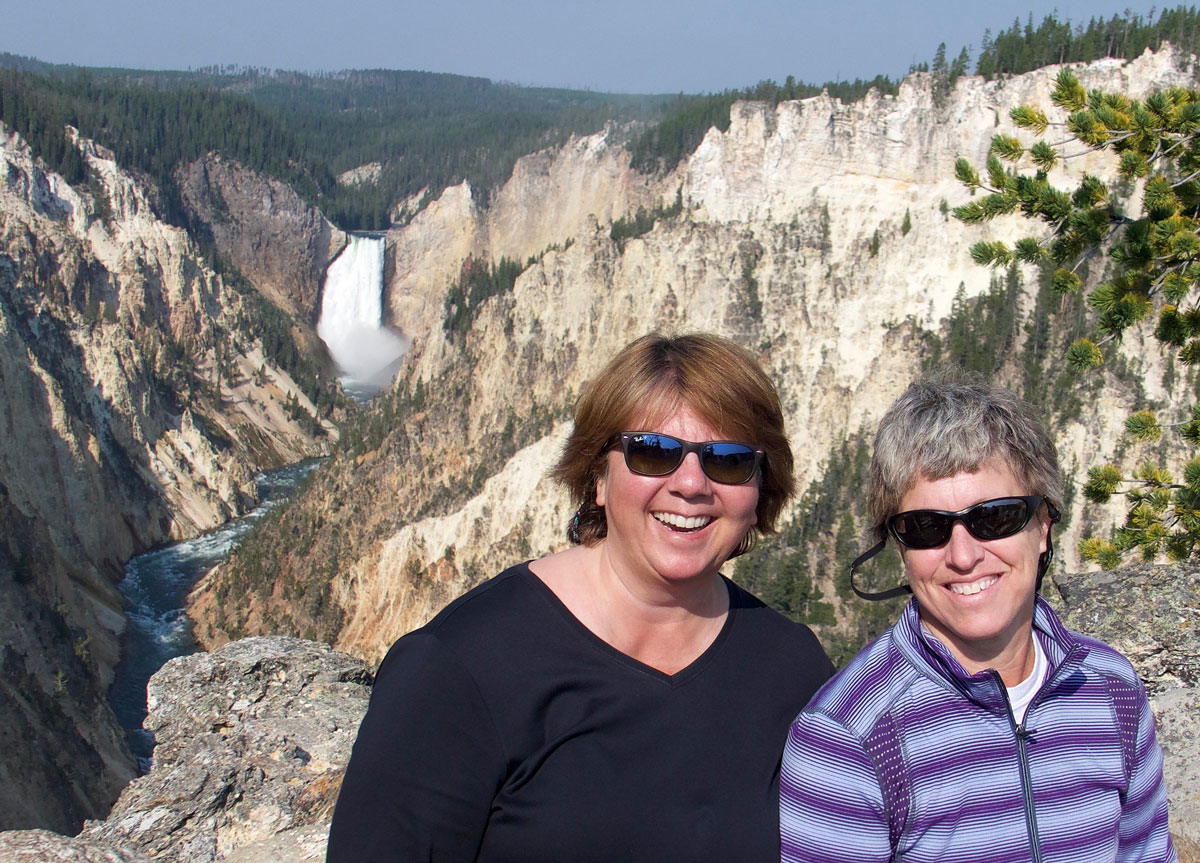 “Why did no one tell us at age 18 to become park rangers?” jokes Barbara Stephens. Both she and her wife, Jayne Iafrate, can think of no greater vocation than to spend their days in the Grand Canyon or traversing Acadia National Park’s coastal mountains.

Jayne, who was raised in New England and California, didn’t spend as much time in an Airstream, but shares the experience of growing up around nature. “Our first family vacation in California,” she recalls, “was to Sequoia National Park, to see the majestic redwoods.”

Barbara and Jayne often consult the list of national parks when planning their vacations. “Most of our vacations are outdoor-focused,” says Barbara. Jayne adds, “Years ago, we rafted the Colorado River through the Grand Canyon, which was probably our most life-changing park trip. We appreciate what the National Park Foundation does to maintain all of these parks so people like us can take in the wildlife and landscapes in all their splendor.”

For both Barbara and Jayne, preserving the national parks for generations to come is a priority. They’ve created a simple bequest — a percentage of their estate — to go to the Foundation to help keep the parks vital and strong into the future.

“The process was easy,” says Jayne. “And gifts of any size can make a tremendous difference in how our national parks are used for years ahead. Think of it, if everybody put 1% or 5% of their estate into preserving our parks, the impact of that cumulative giving would be enormous.”

Barbara adds, “When I go to a park, I love looking at all the old pictures in visitors’ centers. I love imagining that in 1916 someone thought about me visiting one day. And it’s only right that I do my part to protect it for someone else 100 years from now.”