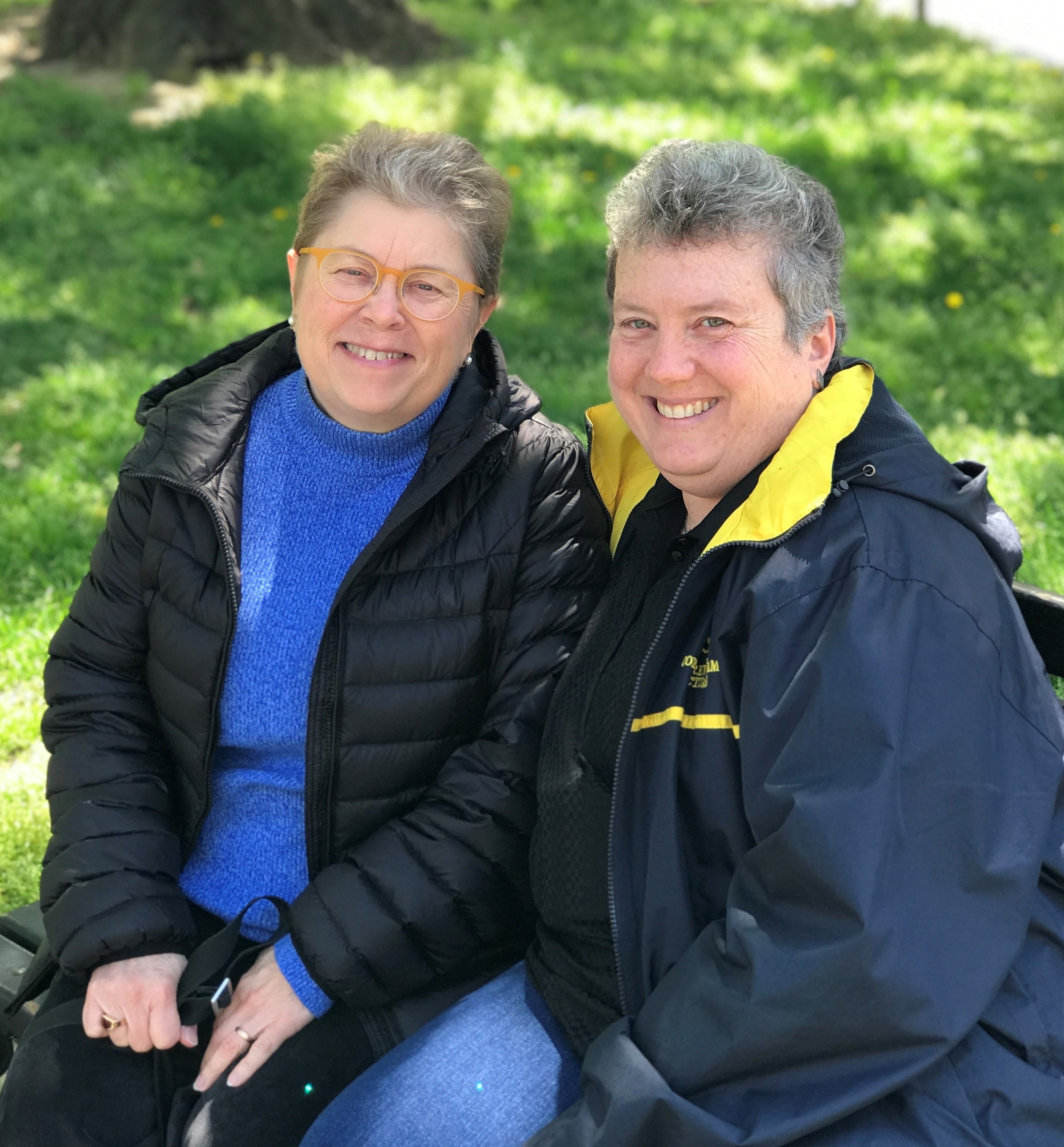 When she was 13 years old, Kim made her first visit to Gettysburg National Military Park. She remembers standing at Spangler’s Spring, experiencing the enormity of what had happened there, and feeling chills run down her spine.

Years later, she would come to yet another park, Rock Creek Park in Washington, D.C., to make her marriage vows surrounded by the beauty of nature. National parks have always been important to Kim and her wife Kathi, who is an avid photographer, but no more so than on their wedding day in 2010. They became one of the first same-sex couples to marry in the nation’s capital, shortly after it became legal.

“We didn’t want a traditional wedding,” Kathi shared. “We wanted a very private ceremony. And that’s just what we got, in one of the parks we love.” They said their marriage vows under the trees on a beautiful spring day. It was just the two of them, their officiant, and the birds.

Over the years, Kathi and Kim have visited many parks, from Assateague Island National Seashore—where they met the world’s mightiest mosquitos—to Shenandoah National Park, where they watched a mama black bear and her cub crossing the road. They’ve marveled at the size of the alligators at Big Cypress National Preserve and the majesty of the bald eagles that nest at Colonial National Historical Park.

They love wildlife, but for Kim and Kathi, national parks aren’t just about protecting nature: they’re also about preserving our country’s history. And, one historical national monument is especially personal to this couple. As Kathi said, “We’re thrilled that Stonewall is now a national monument so that people can experience that important part of our history—not just read about it in textbooks.”

Kim and Kathi still have many more parks to visit. So, just before they retired, they bought an RV and are planning a series of road trip adventures. And since the parks are such an important part of their life together, when they started talking about their legacy, the National Park Foundation was a natural fit.

“It was an easy process to leave a gift,” Kim shared. “The National Park Foundation gave us the right language, and we just had to insert it into our will. If you’re a fan of the national parks, supporting them in whatever way you can shouldn’t even be a question. It’s our legacy and our country’s legacy. These natural and historical wonders belong to everyone. And we’re proud to do our part to ensure they remain for many generations to come.”